This month, The Reinvention of Mexico by Gavin O’Toole’s is our chosen #FreeReadFriday title. You can learn about the book below before it’s available to download free this Friday (5th of August).

The book was a product of my PhD research on the theme of Mexican nationalism, but also of a sense that not enough consideration is given to the importance of political ideas in general, and political ideas within Latin America in particular. A traditional assumption in scholarship has been that many of the ideas that have influenced Latin American political development have originated elsewhere (i.e. Europe and the United States) and then have been ‘imported’ by local thinkers.  A cursory look at The Reinvention of Mexico might seem to confirm this: the book deals with the impact upon the country of ‘neoliberalism’, an idea closely associated with the restatement of economic liberalism within the US and Europe during the 1980s. It is often overlooked, however, that the origins of modern nationalism can be found in Latin America, and that ‘modernist’ perspectives on the emergence of nations and hence nationalism have drawn heavily upon the region for inspiration. Latin America remains a crucible in which new ideological forms are being forged. I believe that ideas matter in politics, especially within the context of reform, and that a close examination of Mexico in the 1980s and 1990s when radical changes were afoot confirm precisely why they matter.

The Reinvention of Mexico argues that national ideology – a term that takes in nationalism, but seeks to avoid the debilitating disagreements over its definition – remained of crucial value to political elites seeking to engineer radical reforms on the basis of an assertive new ideology (neoliberalism) that in fact challenged the very foundations of nationalism. Liberalism and nationalism are in many ways like oil and water: in liberal thought, the ‘nation’ represents a problem in all its forms. But Mexico’s particular brand of ‘revolutionary nationalism’, an ageing official ideology, had been fundamental to the long evolution of a statist political economy under an authoritarian ruling party (the PRI). Given this, such circumstances as Mexico found itself in by the late 1980s promised a titanic ideological clash – yet the architect of reform, President Carlos Salinas de Gortari, opted to avoid this. He chose to build a ‘new nationalism’ that could be reconciled with his globalizing liberal economic vision. With the artifice of an inventor, he set about ‘reinventing’ Mexico in speeches, documents and books. It was a fascinating example of the ideological confidence, indeed hubris, that can often be found in great reformers.  But why was this important? Because it demonstrates that national ideology is the last redoubt of the economic liberal whose ideas, in theory, eschew it. That is because nationalism is such a powerful source of legitimacy from which flow ideas of shared citizenship, nationality, that are of unrivalled potency. There is simply nothing that can hold a candle to the national idea if you need legitimacy. And Salinas needed legitimacy: his reforms aimed to dismantle a great deal of what had come before. But while Mexico in this period offered a unique opportunity to examine the interaction between nationalism and liberalism and the former’s value to political elites, it also blazed a trail. Other countries have subsequently confronted similar dilemmas. It might even be argued that the UK – given the emerging showdown between the demands for free trade and the demands for national self-determination – is doing so right now. Indeed, the Scottish scholar Tom Nairn who wrote The Break-up of Britain was among the first political theorists to offer insights about the value of nationalism to elites.

3. How does your approach differ from other research in this area?

I took a ‘discursive’ approach to this theme that built on the study of the national idea as a distinct form of discourse. The origin of this kind of approach is post-modern scholarship that rejected the notion that identity is an intrinsic quality but saw it as something that is constructed through culture – narratives, symbols and rhetoric. When it comes to nationalism as a source of identity, the most celebrated example of such an approach was probably Benedict Anderson’s idea of the ‘imagined community’. In this permanent and perpetual reproduction of identities through narratives etc., some groups such as politicians, academics and journalists play a key role: they are constantly reproducing and tweaking ideas about who we are. So that is what I examined in the case of Mexico: political literature, speeches, documents, and journalistic articles from the period 1988–94. This had hitherto not been done in the study of nationalism in Latin America.

4. Did anything within your research surprise you?

The explicitness of the strategy adopted by Salinas and his cohort to reconcile Mexican revolutionary nationalism with their neoliberal aspirations, yet retain the nationalist ‘brand’, really did surprise me. I had not expected there to be a strategy, merely a sort of organic reflex that reflected a weary recognition that something would have to be done. But there was a plan. Salinas fell from grace after leaving office, has maintained a very low profile since, and is still reviled by many people in Mexico – but to my mind there is no doubt that while in office he had given the issue of political ideology considerable thought and had adopted a sophisticated strategy to address what he saw as a core challenge to his reformist ambitions. It is one reason why I believe political ideas matter so much: to leading political elites with an ambitious agenda in a country with potentially destabilizing social inequalities, maintaining legitimacy is not an indulgence, but is of fundamental importance to whether they succeed or fail.

5. How do you think Mexico is doing under the current president?

Enrique Peña Nieto, the current president, has periodically been linked to Carlos Salinas in the press and described, rightly or wrongly, variously as a political protégé or loyal disciple of the former president. There have also been similarities between Peña Nieto’s reform agenda and policy approaches and those of his predecessor. Both men were declared victors in presidential elections following allegations of fraud. Interestingly, Peña Nieto’s administration has also had recourse to justify policy reforms, not least controversial changes in the energy sector, by reference to Mexican nationalism, and specifically to the revered figure of Lázaro Cárdenas (Salinas was wont to refer to Emiliano Zapata, another nationalist icon, but the ultimate objective was the same). Nonetheless, the political landscape occupied by Peña Nieto is very different to that of Salinas. Mexico has made progress in consolidating its democracy since Salinas left office in 1994 and the PRI only regained executive power in 2012 after two terms in the wilderness. It is a far cry from the days when this party’s tight grip over the country was described as ‘the perfect dictatorship’. Across Latin America, voters are much less patient with their presidents and have powerful new technologies at their disposal, explaining why Peña Nieto’s approval ratings have fallen to the lowest levels ever recorded by a Mexican president (lower even than those of Salinas). Peña Nieto’s supporters say he has largely succeeded in key areas of structural reform: energy, the labour market, education, banking and telecoms; critics say he has failed miserably on crime and corruption.  Voters appear to be abandoning the PRI in previous strongholds. Given this, I suspect Peña Nieto’s legacy will be without distinction. There is no need for Zapata, Cárdenas – or indeed even Salinas – to stand aside. 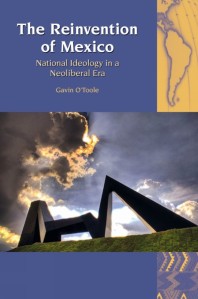 Gavin O’Toole is a freelance journalist, writer and consultant; and editor of the Latin American Review of Books. He is also the author of Environmental Politics in Latin America and the Caribbean Volume 1 & 2.