As the Society for the Promotion of Byzantine Studies Spring Symposium has unfortunately been postponed until 2021, we wanted to share some details of our new titles which we were planning on bringing to the SPBS. With new titles in our Translated Texts for Byzantinists series, as well as Translated Texts for Historians, and our TTH, Contexts series – find out more about the books we were planning on bringing along to the SPBS this week.

Gregory Palamas
Translated with an introduction and notes by Norman Russell
Published this month, this latest addition to the Translated Texts for Byzantinists series gives the first English translations of the contemporary Life of Gregory Palamas by Philotheos Kokkinos, the Synodal Tomoi issued in Constantinople from 1341 to 1368, and the important texts relating to Palamas’ year of captivity among the Ottoman Turks. The introductions set Palamas convincingly in his historical context.
Find out more on our website > 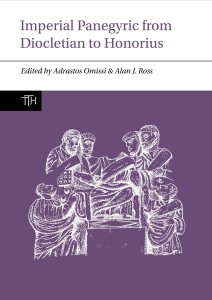 Imperial Panegyric from Diocletian to Honorius
Edited by Adrastos Omissi and Alan J. Ross
Imperial Panegyric from Diocletian to Honorius examines one of the most important literatures of the late Roman period: speeches of praise addressed to the reigning emperor – for the first time within an explicitly comparative frame, and especially between Greek and Latin texts. This is the third book published in our the TTH sister series Translated Texts for Historians, Contexts. 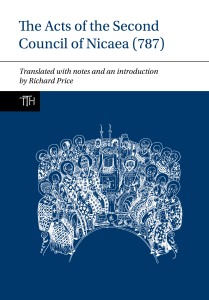 The Acts of Second Council of Nicaea (787)
Translated with notes and an introduction by Richard Price
The Second Council of Nicaea decreed that religious images are to be venerated, making the cult of icons central in Eastern Orthodoxy. Its Acts are essential reading for the iconoclast controversy, one of the most explored and contested topics in Byzantine history, and significant for the history of culture and the history of art. This two volume set will be publishing in paperback format this month.
Find out more on our website >

The Chronicle of Constantine Manasses
Translated with commentary and introduction by Linda Yuretich
This book translates the mid-12th-century Synopsis Chronike by Constantine Manasses, covering a history of the peoples of the East, Alexander the Great’s conquests, the Hellenistic empires, the Trojan War and early empire until the reigns of Constantine I in the East, finally focusing on New Rome and its emperors. Published at the end of 2018, a paperback version of this TTB book will be available to purchase at the end of the month.
Find out more on our website >

The manuscript translated here contains one of the most important texts for understanding the development of early Ottoman historiography. Like other histories produced in the late fifteenth century, it contains a coherent argument for Ottoman superiority over other dynasties. It also shows a strong preoccupation with civil strife and dynastic succession. An Early Ottoman History was published in paperback format towards the end of last year.
Find out more on our website >
Find out more about our books on the LUP website, and visit the SPBS website to find out more about the 2021 Spring Symposium.