To celebrate 120 years of Liverpool University Press, we’re focusing on a different theme each month. During April, we’ve been focusing on Open Access. Modern Languages Open (MLO) is a platform for the open access dissemination of peer-reviewed scholarship from across the modern languages to a global audience. Recent publications which have been added to MLO include Luis I. Prádanos’ Postgrowth Imaginaries: New Ecologies and Counterhegemonic Culture in Post-2008 Spain and Julia Waters’ The Mauritian Novel: Fictions of Belonging. We spoke to these authors to find out more about their experience with Open Access and MLO. 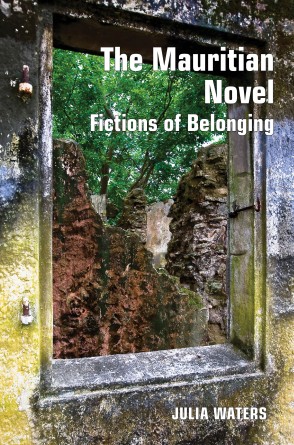 What made you decide to explore Open Access for your monograph?

LP: I wanted my book to be freely available not just to other scholars with access to university libraries, but also to all students and activists that could find it useful. Also, I work as a professor in a public university and therefore I consider that my scholarly work should be public.

JW: My decision to explore Open Access publication for my monograph, The Mauritian Novel: Fictions of Belonging, was motivated by its subject-matter, its likely readership and the timing of its publication. Due to be published in the year in which Mauritius celebrated 50 years of independence, when significant international attention was already being paid to post-colonial Mauritian society and culture, I was keen that my book be readily and promptly available. My book explores many of the historical, political and socio-cultural factors that make belonging – its key thematic and conceptual focus – such a central but fraught issue in contemporary Mauritian literature.  Open Access would make my findings available to a wide range of scholars working on related topics in different disciplines, as well as to scholars of Mauritian, Indian Ocean and postcolonial francophone literatures from around the world.  Key readerships for the monograph’s findings are from Mauritius, India, Africa and the Indian Ocean region. At £80 in hardback and £30 in paperback, the cost of conventional paper copies would have made my book prohibitively expensive for several of the book’s most crucial international audiences.

Do you think it was important that the topic of your work specifically be freely available?

LP: Yes, my work challenges the dominant economic imaginary and its dependency on constant growth for exacerbating social inequality and ecological depletion. I did not want for my book to become one more commodity to fuel the growth machine I was criticizing. Capitalism is a theory of scarcity and it actually needs to create scarcity to be able to profit from something that is not scarce. Knowledge is abundant and does not get depleted when somebody uses it. Quite the opposite, the more knowledge is shared the more it grows. Capitalism creates perverse mechanisms to restrict access to knowledge in order to make it artificially scarce and be able to make it into a commodity and profit from it.

JW: My monograph is the first book-length study in English on twenty-first-century francophone Mauritian fiction. Its focus on the under-researched, affective dimension of belonging and its intersections with the ‘politics of belonging’, as portrayed in recent Mauritian novels, makes an original, significant contribution to the recent expansion of research on Indian Ocean cultures. Through original, close textual analyses of individual novels or pairs of novels by leading contemporary Mauritian writers, mine is the first book to examine Mauritian literary responses to the inter-ethnic ‘Kaya’ riots of 1999 and to the problems of belonging and exclusion that they exposed. Although published with a UK-based academic publisher, Open Access publication thus makes my book’s findings easily accessible to scholars, students and general audiences in the Indian Ocean region and beyond. My book’s new, multidimensional approach to understanding issues of belonging and exclusion in diverse, multi-ethnic societies will also, I hope, be of interest to a broader academic audience, who, with Open Access publication, are able to access my findings freely.

Has there, to your mind, been more engagement with your work due to it being Open Access? How do you think the MLO platform has encouraged people to engage with your work?

JW: It is hard to tell, at this early stage, whether engagement with my work has increased as a direct result of its being Open Access. I think there will always be a place for traditional hard copies and library holdings: anecdotally, I think academics like to ‘try out’ books and articles online and then, if they find them useful, they still like to buy their own copy. I also think that reviews in academic journals and other fora still play an important part in promoting and disseminating new research. What has definitely been particularly gratifying, however, has been the response from the authors whose works I discuss in my book: they were pleased to be able to read my analyses of their novels ‘hot off the press’ and several have since been in contact with their responses and appreciations. I’m convinced that this kind of immediate, productive exchange between literary authors and academic critic, despite the great geographic distance, would not have been possible – or, at least, not in such an instant, interactive, responsive fashion – with more conventional publication.

How important do you think it is for modern languages research to become more accessible?

JW: Modern Languages research is, by nature, multidisciplinary and speaks to multiple audiences in different countries and different cultural and academic contexts: notwithstanding the potential barriers of publishing just in English, Open Access does make this research more accessible to these different audiences across the globe.

With the increasing shift to Open Access how do you think modern languages, or the humanities as a whole, might be affected?

JW: There will inevitably be a period of transition and adaptation, as Open Access gradually gains ground on conventional, hardback and paperback publishing. The economic model for publishing, particularly for small, academic publishers, will need to be radically rethought. But academics themselves have always been motivated more by making their research available to as wide an audience as possible than they have by financial profit: Open Access makes the latter ambition far more achievable. I am confident that Modern Languages research is well-placed to benefit, longer term, from the technological advantages of Open Access publication.

For more information on Postgrowth Imaginaries please visit our website or read it for free on Modern Languages Open.

For more information on The Mauritian Novel please visit our website or read it for free on Modern Languages Open.

Liverpool University Press is a proud supporter of Open Access publishing with over 40 OA monographs currently available. You can find out more about our OA policy here and browse some of our OA titles on the OAPEN library.